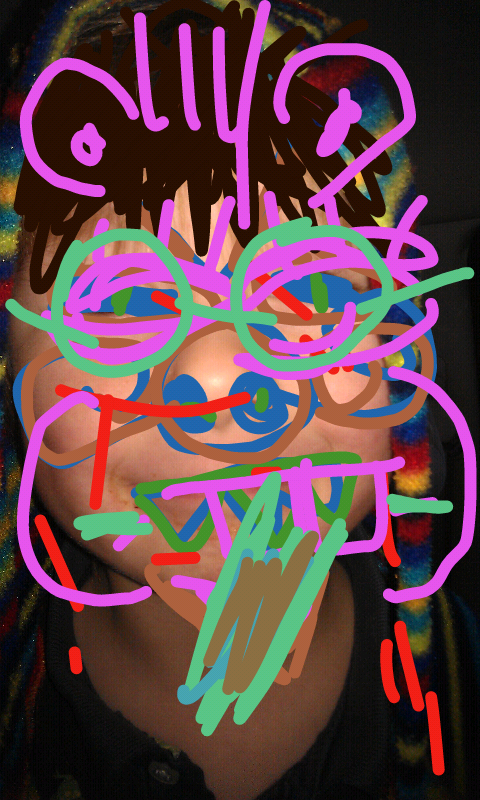 One of my daughters drew this on top of a photo of her younger sister. It was supposed to be mean, she was angry and wanted to draw her sister as a pig. It seemed that as she finished something else had happened, the drawing had a life of its own and the object of her anger had disappeared. Something then about crafting a practice that achieves something useful? A way being found to dissipate anger and make something with its own life, its own purpose.

Posted from WordPress for Android