Below is part of a reply I made to a friend who is concerned with collaboration in socially engaged arts practice.

The idea of “(a)rt becoming at least in the west more democratic” (perhaps) is an expression of it not being even possibly democratic.

In other words if you ask about it being democratic then the question sets the condition that make it not so.  The cultural hegemony of the art world is absolute and is to be avoided.  The question becomes how to ask a question without setting the same conditions as the problem itself.

For Raymond Williams it to looking at a different point of entry, to the working class, proletarian art forms, demotic expression.  This becomes a sapper’s duty, to mine Castle Hegemony and watch it crumble.  Then as reconstruction begins build something else.  We do so love small cottages built into the walls of ancient towns, houses with the stones of collapsed churches visible in the walls.

This is the context of the litterer and I, of the interest in rubbish, of the state of the Amphitheater in Arles before it was restored in the 19th century.  Squatting an Amphitheater, Occupation!, that is socially engaged arts practice! 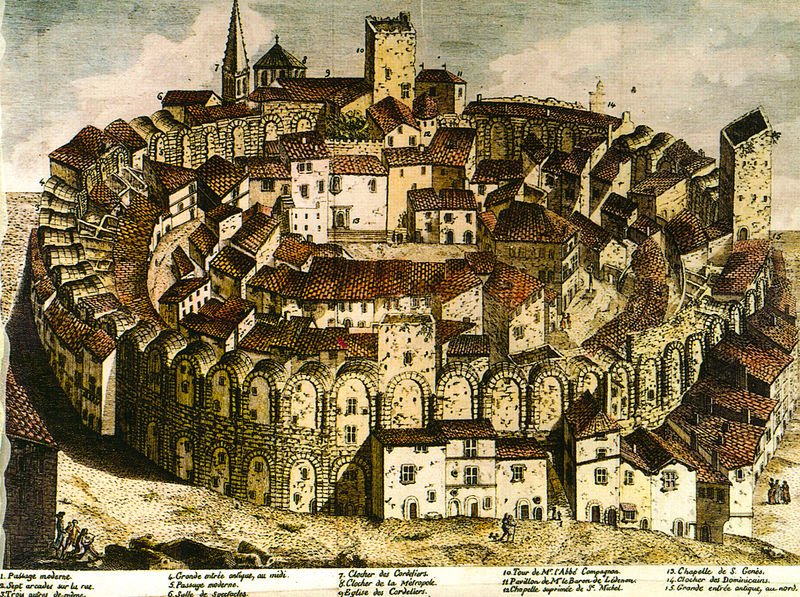