“It’s some thing connected to meaning. An oblique waking up. Or a guilty secret. An automatic self disgust.  There are whole sets of impulses that have pushed me. Chemically induced ones. Natural body exuberances and later self-inflicted.  I just can’t capture anything about this in words. It’s about meaning. A really joyful sitting with, walking with, living with meaning. A search. I am a (re-) searcher. I keep returning.  I’m walking through Abbeyfield Park being pulled by two small dogs and untangling their leads fairly unconsciously really. The path ahead of me is glistening with the reflected light from the street lamps on Burngreave Road. A double-decker is pulled up at the bus stop near the car rental and the lights are bright too. Trees, great beech trees, frame the whole scene which sits on the wall of the sky.  I know I can catch something of it. I take a snapshot but the bus has moved on before I can finish, and when I look back so many things are missing.” 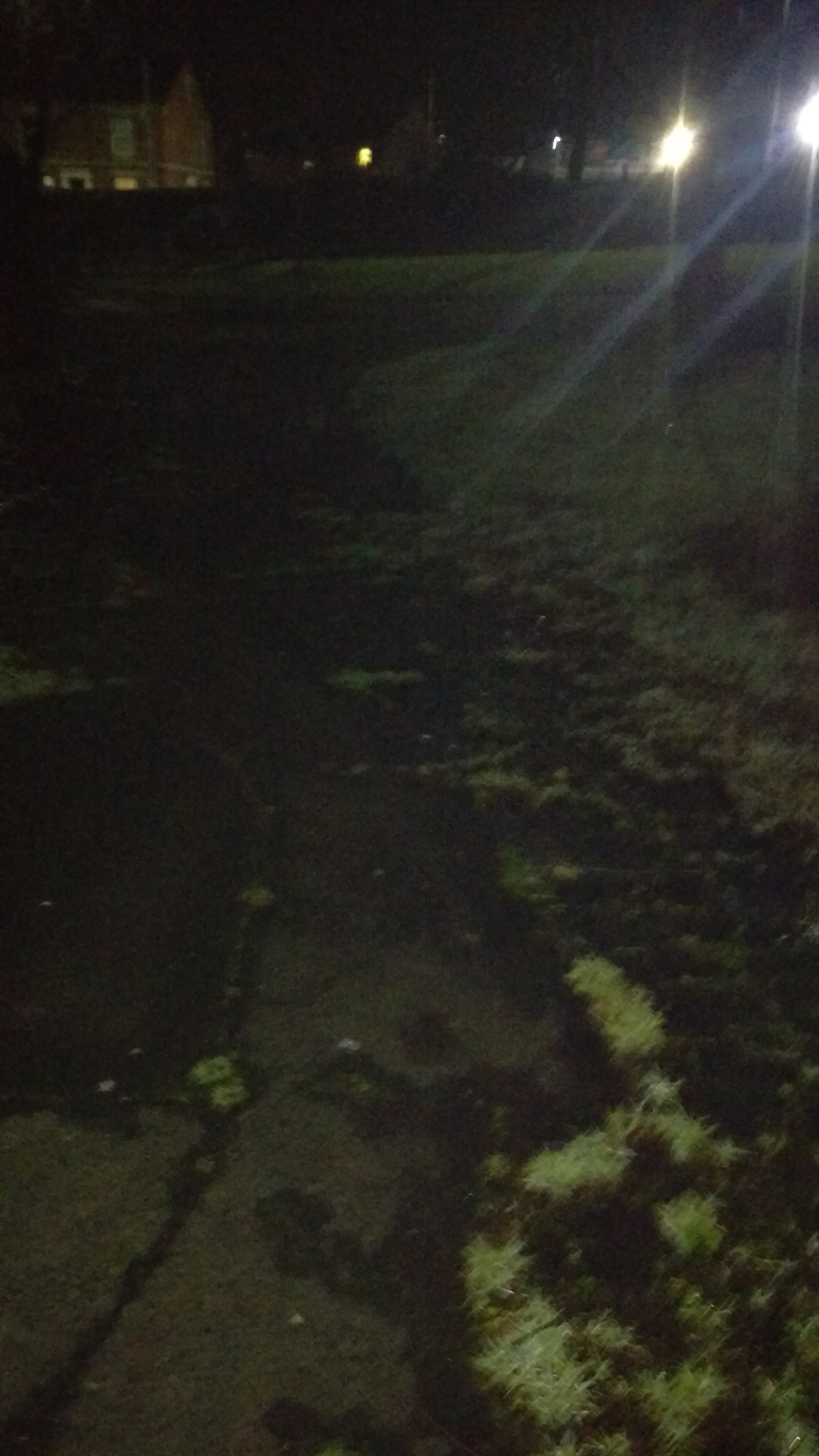 So I’m walking through that park and as I’m walking along the streets that evening I’m feeling lonely. I’ve an impulse that is towards discovering meaning but its manifestation is also a sadness, an anxiety, a tension. A need to share it. A need to communicate. A sense of isolation from some people close to me who don’t get it.

That’s the loneliness. And it’s a necessary loneliness I’m feeling at these moments. Because it can’t be completed without failure. That seems to be my default position: completion is failure. A sort of postcoital depression.

Loneliness does capture that. I felt it for a long time and very intensely at moments in my life. The departure and separation between myself and Heidi, Coco’s mother. The other the death of my mother. There was such a longing and loneliness in both of those and one that I didn’t want to end. Feeling so ridiculously alive whilst feeling so pained and sad. Loving the feeling of life that comes with loss. Knowing that it can be overcome. That one can move beyond. And knowing that one loses access to something so magnificent and so terrifying.

The term loneliness has come to mind because of a mention in a Jack Kornfield talk of Hafez warning us not to let our loneliness go. Rather like the appearance of the postcoital, the presence of the Hafez poem on the web causes me disquiet. There are many references to it and all of them to a particular translation. But the idea is a solid one:

Let it ferment and season you
As few human or even divine ingredients can.

That’s exactly the feeling I’ve had in these moments of loneliness including the stupid (the Zizekian stupid do not forget) walk in the Park with the dogs and the missing bus. Loneliness is such an access point. But it’s a particular loneliness I’m writing about. I’m not sure it’s the one where you don’t have any friends. That one is too hard to resolve. That one is difficult to overcome. It’s the loneliness of The Park and the search for meaning, the sense there is meaning. This loneliness is too easy to resolve.

It’s a loneliness that you have no choice but to overcome. You can’t take it home and beat your family with it. You’ve got to dissipate it into the mundane. The day-to-day practices of getting by. You can’t let it cut more deeply.

Or rather perhaps that’s a new practice. The very practice of this writing is what I’ve wondered. Postcoital. Rubbish.