A poster from near the University area of Orihuela from yesterday. 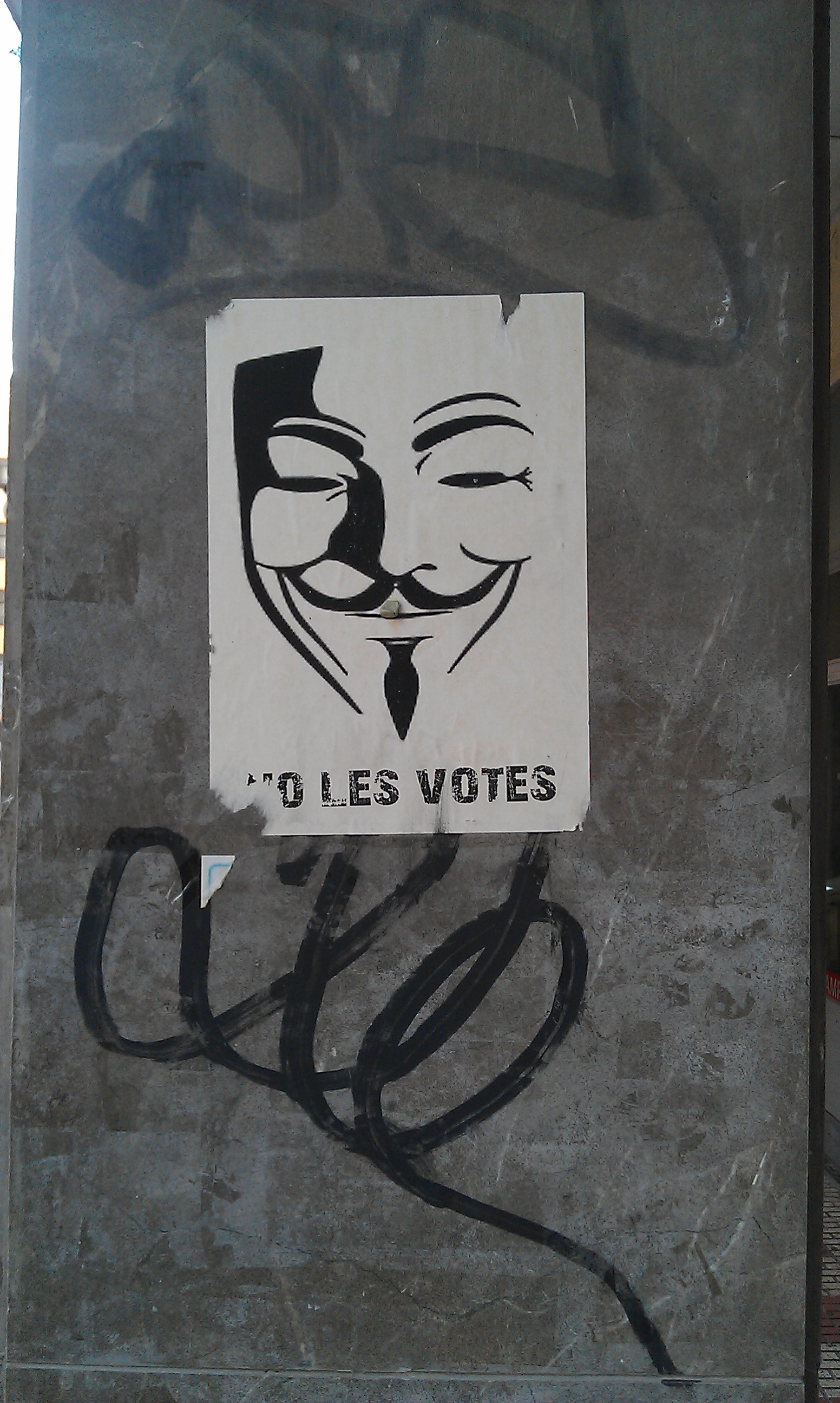 I took a small cooked English breakfast in the Washington bar, 4E and 1E for a second coffee.  Various people come in, many because they can have a fag in the covered terrace.  Many English, knowing each other.  Mainly older, 60+ but not exclusively.  The people serving are all English and younger.  A couple of North African men come in.  Some Spanish, elder women, elder men.  About 15 or so English over the time I am there.

Outside after the breakfast I look at flowers on the stall.  I hear this conversation between two English women in their early 70s:

A: and there were these Muslims shouting that the English soldiers had raped their women

B: it is disgusting

A: and when some white men intervened it was them what got arrested

A: I don’t know, makes me think what sort of bloody country is it becoming, it’ll be a Muslim country in a bit, give it twenty years, I don’t know

I have difficult conversations with my father where I am trying to explain that I fear the easy target that is made by the foreigner, that the foreigner is not the right direction for the struggle, that this leads to blood.  I don’t think that he is like this, that he is a bad man in that way, I don’t imagine him to offer support to racism.  What he does is understand why the English are racist, he knows that they are not bad but exploited themselves in some way, in many ways and he understands that they perceive immigration as yet another threat to them, one they were never asked about.  It is all very ugly and I struggle to find the right words and I fail.  I say at one point – the English people were never asked about anything really but it is a matter of identifying the right way to approach the problem, a matter of having some form of Marxist analysis of the situation and our shared relations to the way production is ordered – or words to that effect.

I am tense about this.  Later on we are watching the TV.  Heartbeat, a mid-1960s light character comedy set in the Yorkshire Dales is a favourite of my father and partner.  It is enjoyable; I quite see its attraction, the lightness, the mild victories made by the good over the never too evil bad.  The already nostalgic view on England that it shows is perhaps oddly not nostalgic sitting here watching it on a sofa nearly 50 years after is was made.  I don’t sense nostalgia anyway; I must ask my father if he does.  I’d say that it is almost as if it is still going on, alive not just on screen but in life, current in a way.

Later or perhaps before an episode of George and Mildred is watched.  This was the 1970s and I recall it reasonably well.  What fascinates me is not the program but the adverts.  At one point I double take and check with my father that the adverts are not repeats from the 70s as well.  No, they are not but the adverts, particularly the ones that immediately follow the program break, appear to be deliberately echoing the 70s in their style and content.

We see that there is an episode of Benidorm showing on the TV.  My father says it is rubbish but that it appears that it is popular.  We start to watch it and I don’t find it particularly funny or gripping but I could imagine that if I gave it a bit of time I could work out why it was liked, what was going on.  I mention that it seems ok to my father who had thought that I would just find it rubbish.  I explain that there is something about it that seems modern and that I didn’t really quite see why Heartbeat or George and Mildred was any different and that maybe he couldn’t quite see certain modern references in Benidorm that made it more difficult to watch.

Later on before going to bed I get youtube up and show my father a few songs from Flight of the Chonchords, introduced to me by my daughter and boyfriend.  We watched various things including Albi the Racist Dragon.  Watching I realised that it was difficult for him to catch the humour, the way that irony worked, I recognised this because I had found it threatening when I first saw it too, as I have found many things I can not quite grasp at first threatening.  We discussed it and I suggested that he maybe was not able to understand certain things.  He was offended although he claimed he wasn’t.  Fair enough, maybe I was rude to say it but I had to try and explain myself or I would just be going, yes, hmm, yep.  All I meant was that it is useful to recall that there are new ways that people relate to humour and all forms of culture that are difficult to access without the sets of tools that are automatically owned by the young.  I am not young and I already struggle to catch these fleeting sets of meanings and I thank my children (and friends) for access to them as I become at times increasingly abstracted.  My point was that whether or not something is actually found funny it is dangerous, in the sense of ignorant (a point of fact not a value judgement), to think that one can identify value in things without the ability to access the sets of meanings that allow something to be, for example, funny.

I explain myself badly and I’m not even sure why I am persisting now in this.  I’ve told myself it is for a future, a desire I have to move on from these thoughts.  I’ll probably end by demonstrating that I can’t.  So be it.  I’ll be quiet then.  Not now.  Then.

It is part of how I understand this migration of course, something that people migrating won’t agree with I assume.  That they are avoiding the conflicts brought about by the new, the presence of the other.  The habitus of the British includes the tool of running away, upping sticks, changing community because they have already the wreck of communities in their bones and they only need those skeletal memories to resuscitate.  That is nasty isn’t it?  And poetic in a cheap way.