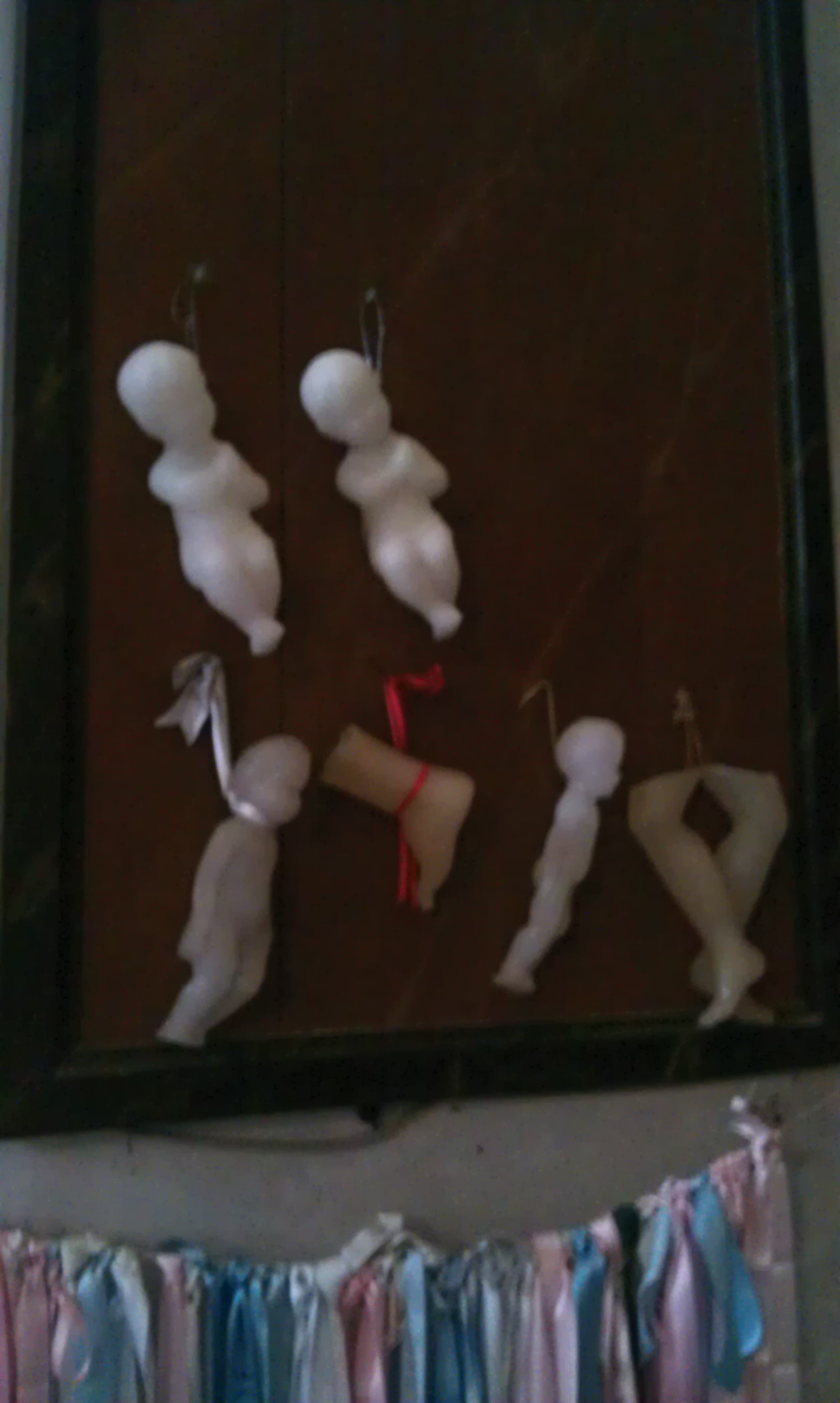 To Oriejehula or however it is spelled [Orihuela].  My father suggests it because it is an attractive old Spanish town.  The drive takes us through Los Montesinos where the Age Concern charity shop is located.  This place looks a normal town, not a new build estate like La Siesta or Quesada.   The countryside we pass though is increasingly agricultural, groves of citrus fruits, some freshly planted, many fields of artichokes, some broad beans.  It looks like in places the land is being almost reclaimed and prepared for farming as if it had been abandoned.  There are farms with many palm trees surrounding them, palms also line the roads, many heavily pruned or even dead resulting from, I hear, a palm weavil or some such.  I see that there are irrigation channels clearly in operation, there are even some small fields with standing water in the dips where they have been prepared for planting, fields are green in places as if they were recently cut for some produce I can’t identify.  I see no animals at all now I think of it.

I do see people here and there in the farm yards and fields.  A group of pickers with a lorry looking like a market lorry at one point.  Here and there I see old people, near the farms, moving around, reminding me of that long past I’ve been observing for many years now.  The farms are divided into two sorts.  Rich and poor!  There are clearly wealthy farms, clearly in the sense that they show signs of wealth, big gates, impressive entrances to the land, orchards fenced in, groves of palms leading to a farm building area difficult to see from the road but looking like an oasis, rich in trees, half house, half farm.  Others are very arid, earth piled in forms that move water in efficient ways, fig trees and dirt, looking like they are in the desert not the oasis, visible from the road I can see bits and pieces lying around, a farm in action not in aspic. This is something visible in all the farming though, the use of the earth as a sculptural form, that can be moulded to make a shape that gives different levels to the land, allows water to move in some order when (and if) it comes.  From where ever we are the mountains are visible, the sierras as my father tentatively calls them.

We take the minor road, the old road that passes through the series of small towns rather than the new road that bypasses them.  My father does this because he thinks it more interesting.  As we approach our destination we see a monastery on the hill with an old castle on the higher hill behind it.   The town is approached through a complex of roads and on arrival I am struck by a wealth of chromatically rich graffiti that both my father and partner agree is beautiful.

We drive in and search for a free parking spot as near to the old town as possible.  This takes some time as the new town is large and the old town hidden at the foot of the dry hill side.  This all reminds me of Greece from the 1980s. When I was there I recall being disappointed at the towns.  I expected them to be like the Italian towns I knew, big old renaissance towns full of streets with high buildings, old, fountains, small squares, aesthetic.  They were however nearly all newly built towns, with the only old buildings being the occasional low house that had not been redeveloped post WW2.  I sometimes found an ancient centre to them but more often than not there was nothing.  This Spanish town reminded me of that, the new town here, like the new towns I’d passed through on the way, stretched on and on.  However there was eventually a sign for the historic centre and the streets narrowed until we found ourselves on one way roads leading to a quiet area to the north of the centre and parked.  We were in the immigrant quarter of the town centre it seemed.  Groups of North African men sat around, a South American couple emerged from a block of flats.  As we walked along the road towards the town school was coming out and we passed many North African women with children.  Again, I was reminded of Greece.  The small streets ended abruptly in the dry hill below the castle, children playing in the streets. 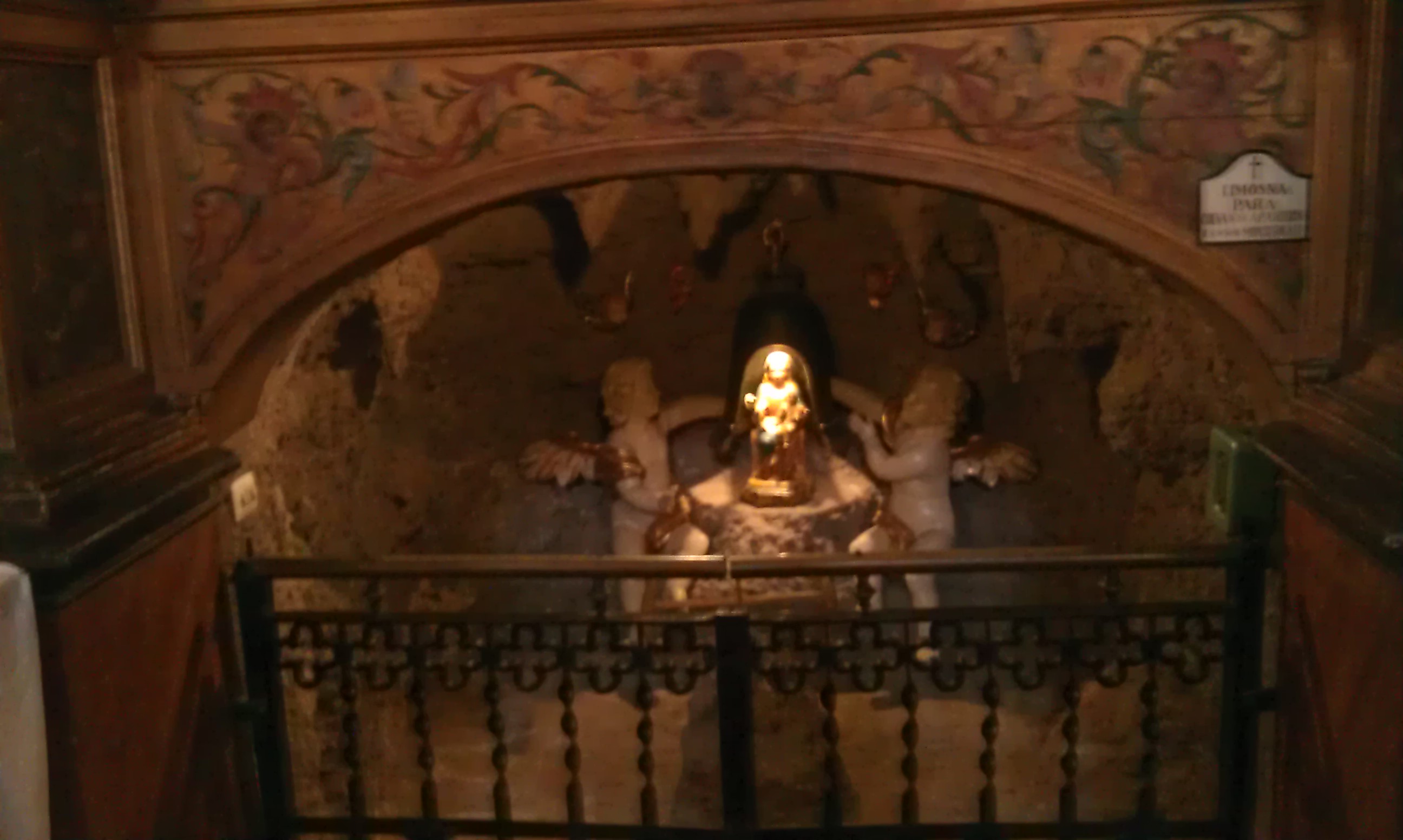 We walked along the road and into the town centre visiting three churches along the way.  The first was a very ornate, heavily plastered church dedicated to Our Lady of Monserrat.  There was a shrine to the left of the altar that had a reconstruction of a grotto in it.  The small statue of our Lady and Christ was a copy of the original which had been destroyed during the civil war. 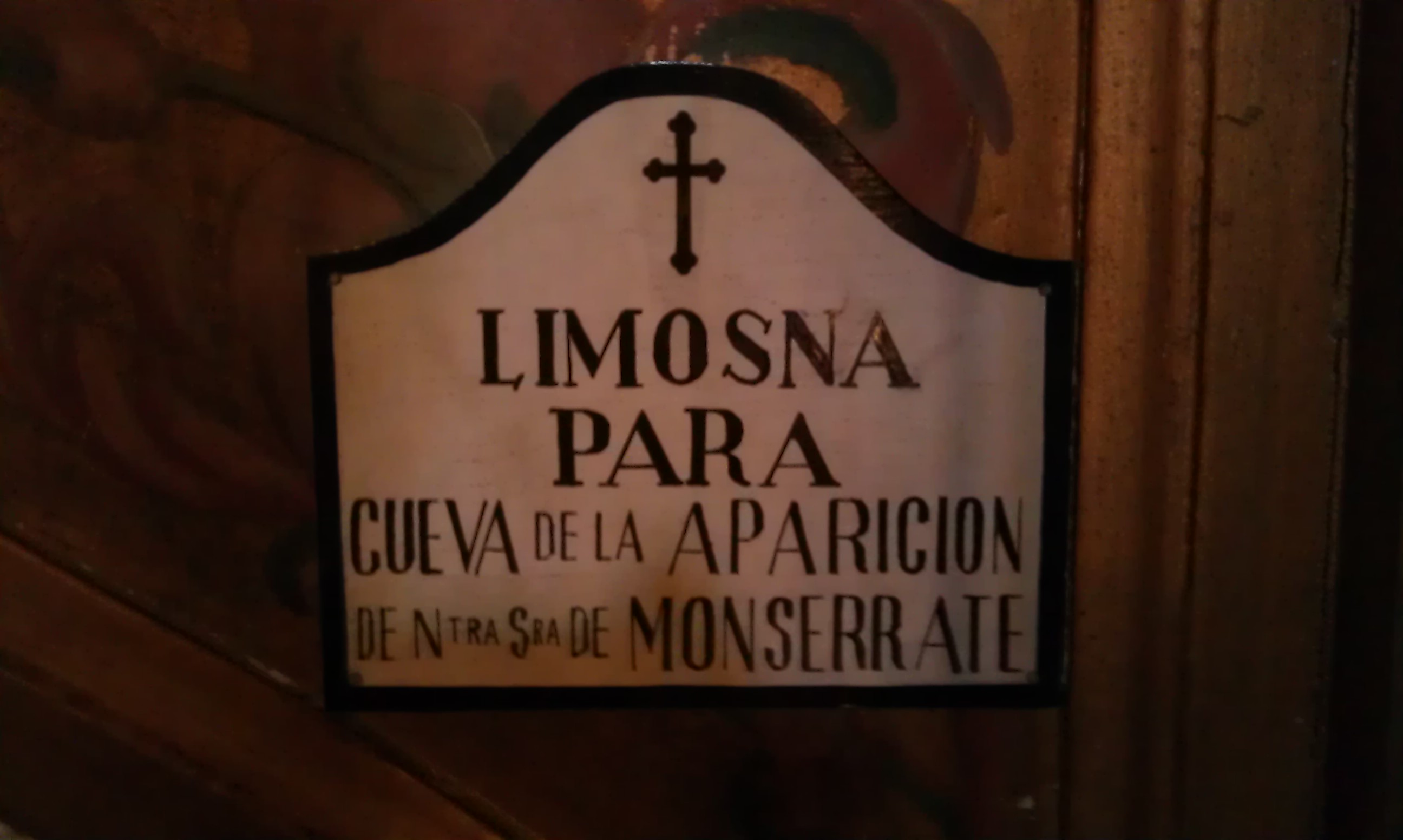 The high altar area was completely inaccessible.  A woman in her forties was sitting at a table offering information on the church.  We spoke with her but conversation was limited.   Similarly in the next church there was a man at a desk with whom we spoke with limited success about the architecture of the building.  This was much older, from the high gothic (alta gotica).  The stone work was bare and in places classical, renaissance and ornate baroque.  I was sure the plaster had fallen off or been restored away.  We couldn’t check this with the man at the desk.  In both instances however the people in the churches were very friendly and showed no fatigue of foreigners.  We were among few tourists in the town that day in fact.  The third church was the more difficult.  As we entered there were older people sitting on the pews, waiting as if for some cultic purpose.  I nodded to them with a respectful address and they returned with seeming relief the approach.  I sat down and waited.  The church emptied at a point in time after a few minutes, I don’t know why.  The altar was full, full of flowers, mainly a rich display of Arum lilies.  It was the church of Christ I think.  A small room led from the choir towards a woman at a desk and behind her it felt that there was some bureaucracy at work, a monastery? I couldn’t ask.  We left.  My father’s partner had found a small chapel in this church, as she had done in an earlier church, and knelt to pray.  Brought up a catholic she was I assumed following appropriate behaviour.  We had discussed Latin mass earlier, agreeing that it was a pity they changed it because it had meant that where every in the Catholic world the mass was the same. 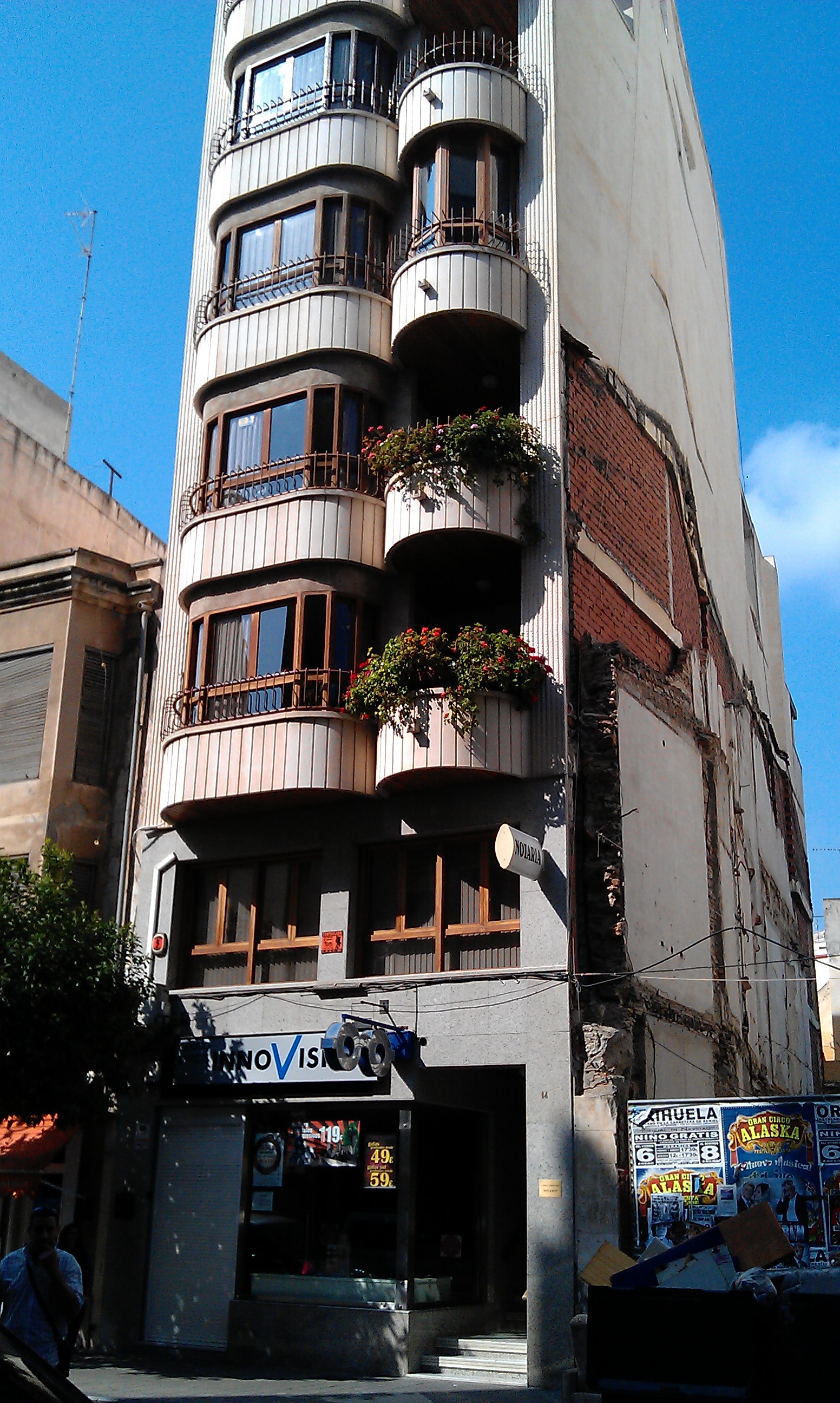 We then looked for a café for lunch eventually after a long walk through the town, finding a café on a main square in the new town.  We ate and headed back towards the old town and the car.  Earlier, looking for a café, we had passed the Cathedral. It was closed but we could still access the small cloister at the back.  Here I saw the only sign of graffiti in the churches I found.  There was a head carved in the stone work.  At the earlier church of Our Lady of Monserrat I had found candles in the form of legs and babies hanging next to the shrine, another way in which it all recalled Greece. 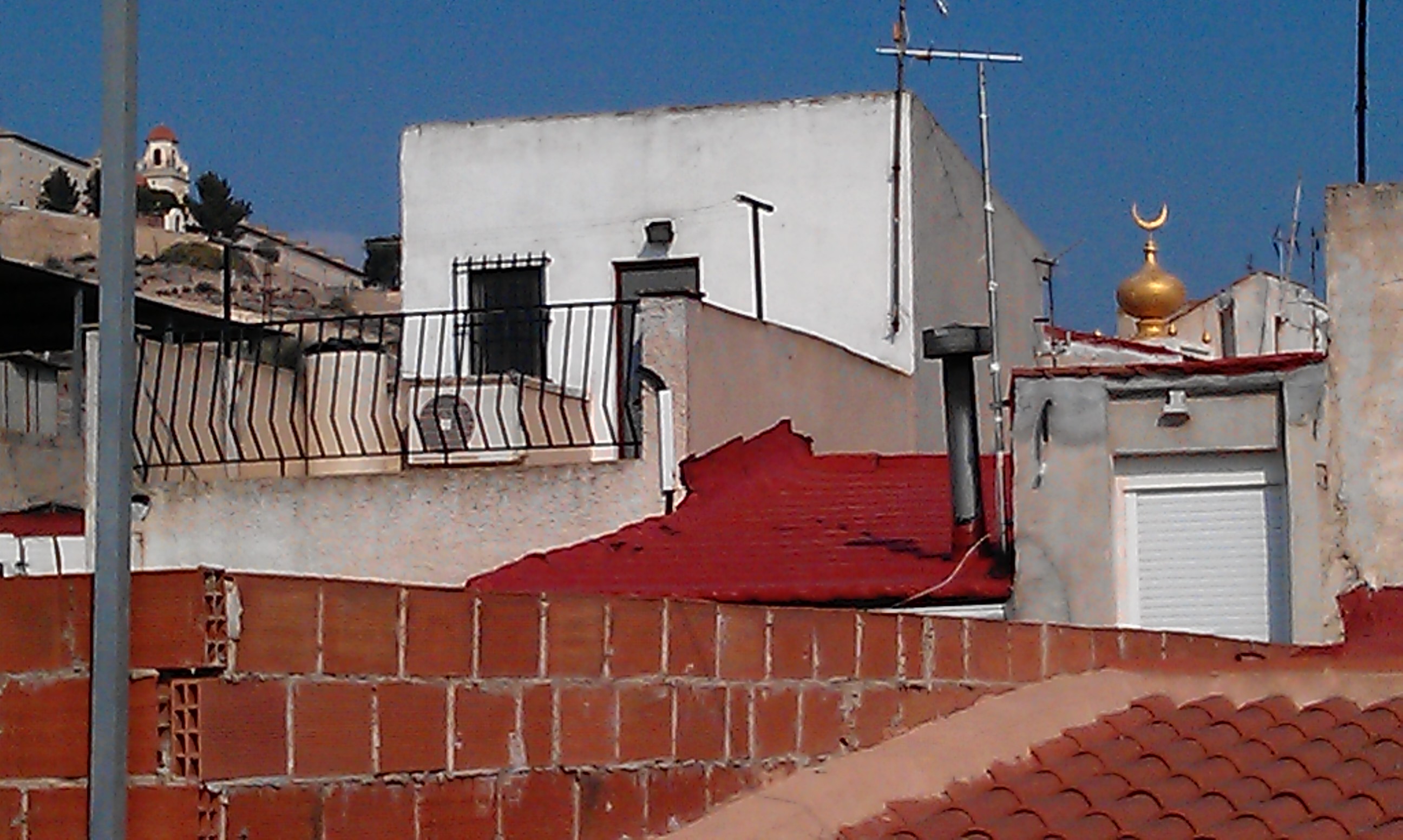 Returning to the car I recalled that I had seen the top of what appeared to be a Mosque and wanted to locate it.  The guide book on the internet had told us that the Cathedral had been built above a Mosque.  The information about our Lady of Monserrat had recalled the invasion and eventual defeat of the Moors.  We had parked in an area with a Muslim population and I had seen a golden crescent moon and star above the roof line in the town centre near the river. 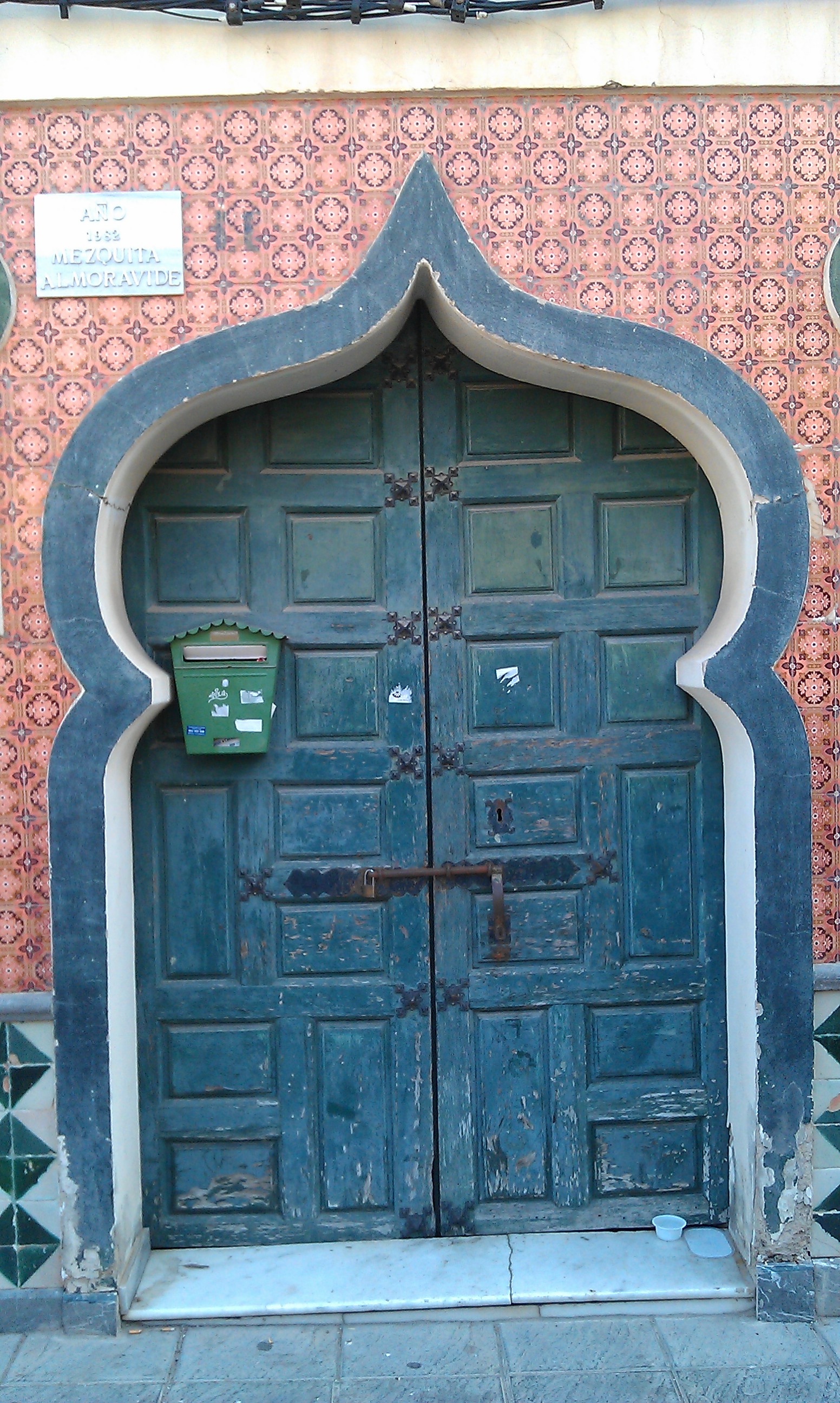 I set off alone to investigate.  Near where the mosque appeared to be there was an open gate with a view to an open area behind one of the churches.  Two nuns were there at the gate appearing to let workmen in and/or out.  Later it was closed.  On the street behind I found the front of what appeared to be a Mosque.  It was closed. Looked like it never opened, dusty and unused.  I asked a man nearby with whom I could barely communicate.  He seemed to say it was private, only opening on the 17th July for a comparasa? Almorahide? – seeming to refer to a town about 10 km away.  Returning to the Mosque, it began to look rather theatrical to me, like it was a film set for Muslim cult rather than active.  I wondered if it was part of the town’s way of enacting the Crusader/Moor conflicts so popular in the festive diaries of the area, popular with tourists too. 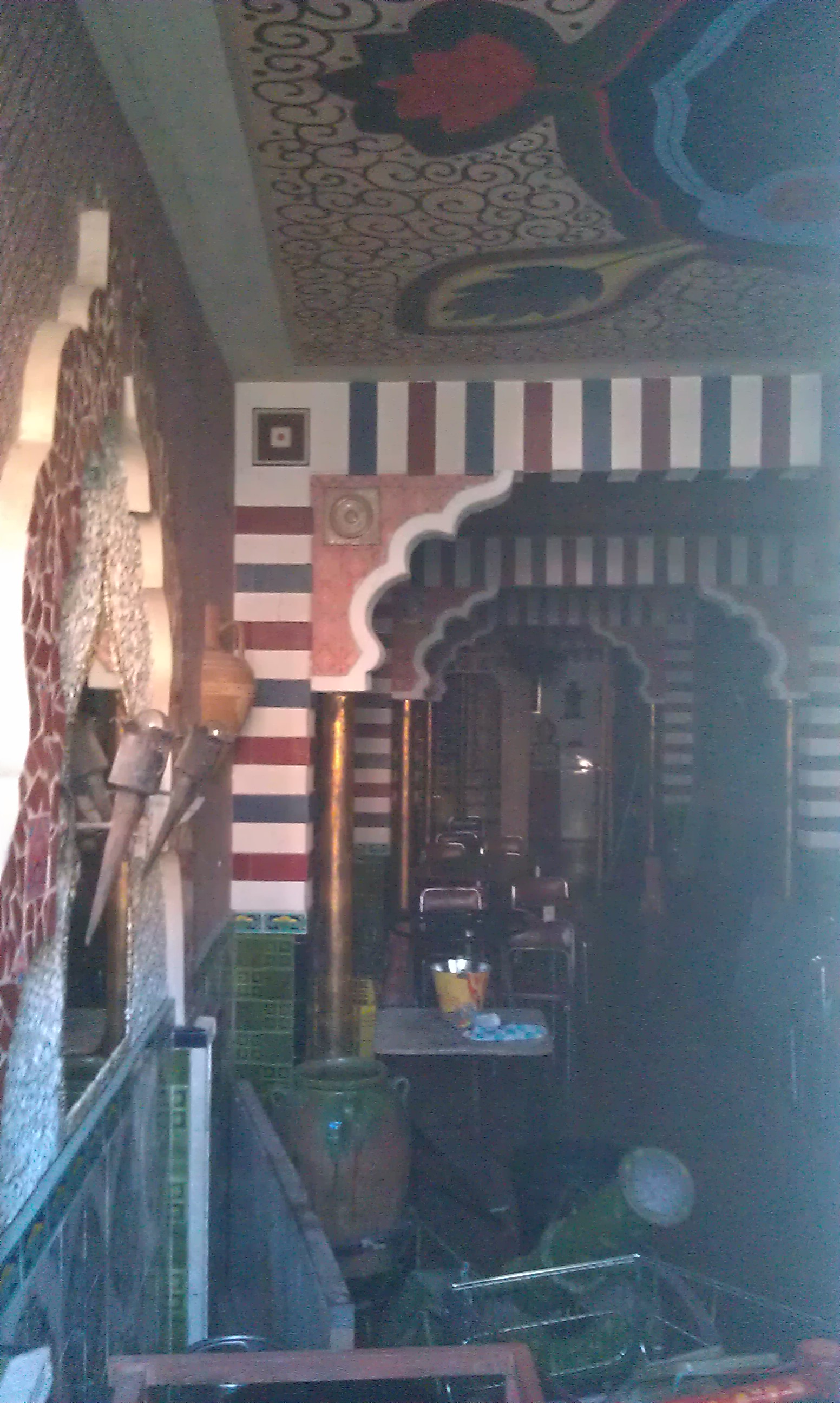 On our return we stopped at Jacarilla to see a garden built in the 1920s/30s and somewhat abandoned.  It was a site shown to my father by my aunt and uncle (now deceased).  It was a site of some pride, like a secret, un-restored as yet.  There was an old menagerie where the animal houses were in the style of different architectures (Moorish, Wigwam?, Spanish classic, etc).

The main building was decorated with tiles that my father thought represented actresses, they were possibly local or national styles of clothing too.

We stopped to shop and I went into a Merca China and bought a pancake pan, some dice and a set of Spanish (48 pack) cards.  In the evening, later, my aunt J came over and we four played scrabble where both Spanish and English words were allowed.

I recall from the conversation yesterday with Maria from Monte Cassino that she had mentioned that when she had been young in the village all the women had worn their hair long.  They had tied it in a plait and there was a special way of wrapping it round their head and keeping it up, as they all did, in a headscarf.  When she had come to the UK, to Preston, she had been told she had to cut it and the plait had been cut off.  She had sent it home to her mother.

In the town today I was feeling that there was a sense for me that the Muslim women, in headscarves, were more like the Spain I imagined from the past than the Spanish of today.  They represent an inconsistent modernity.