Thanks to Ian Wilson!

Living in the Dordogne through the 1980s and 1990s one of my close friends, now deceased, was Ian Wilson. I could of course fill pages speaking about him. Larger than life. Deserving of innumerable cliches besides that. However what springs to my mind today is something he said to me in about 1994 when I had one of the finest arrow heads I had found made into a pendant by my collector/jeweller/sculptor friend Chris Leandro. 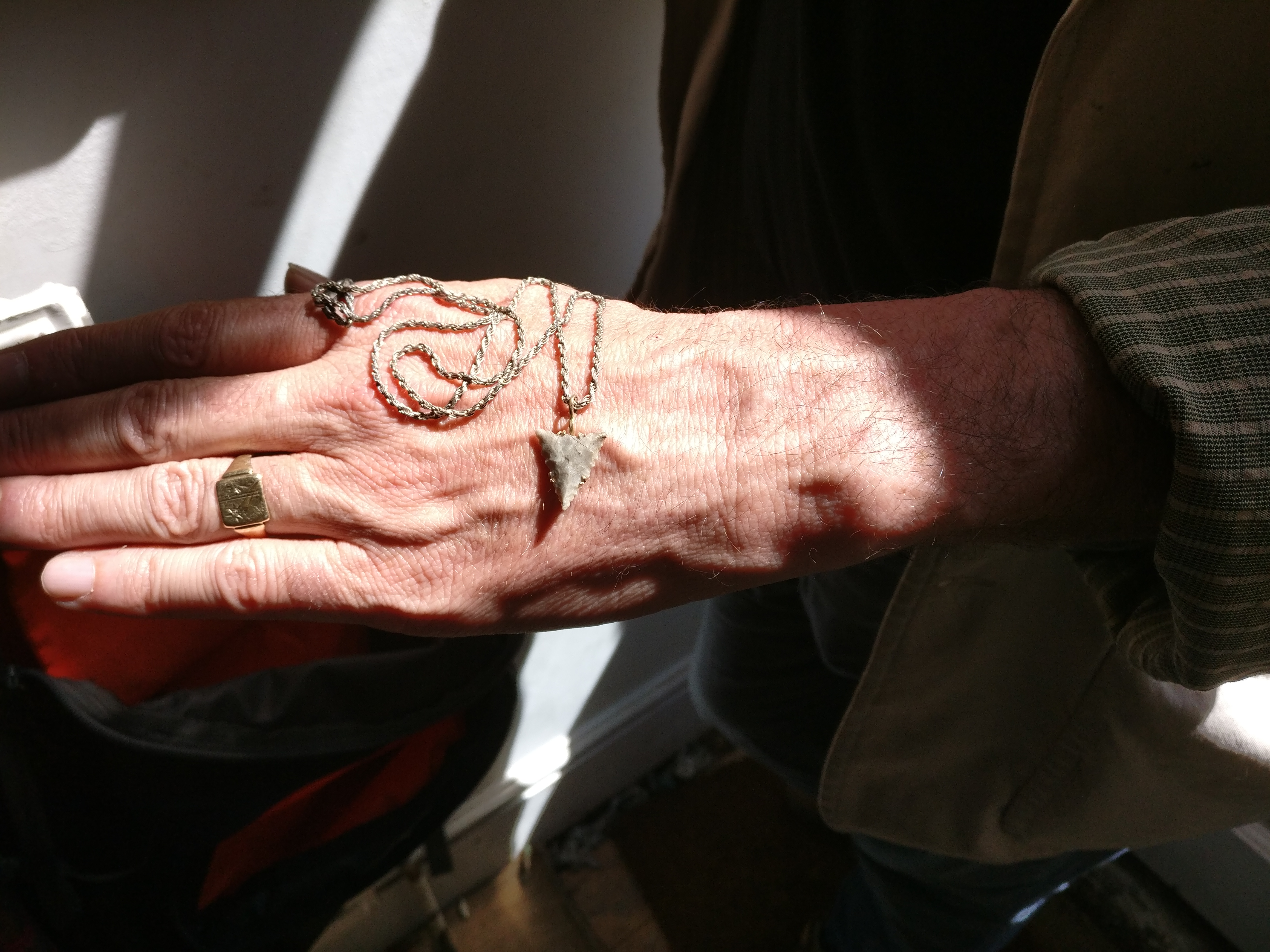 Chris was someone I liked very much and we’d been close at times. Mainly through learning about Palaeolithic (and Neolithic/Mesolithic) flint collecting. A shared obsession. Or rather an obsession I picked up directly from him. But he was also someone whose attention was difficult to obtain unless there was some purpose. And there were a variety of purposes that brought us together.

Ian was a very astute, if at times cruel, man. And he was aware of dynamics, of insecurities, of distances. I must have said to him that it was really nice spending time with Chris in the context of the pendant being made.

“He who pays the fiddler calls the tune”

Thanks to Ian Wisdom!